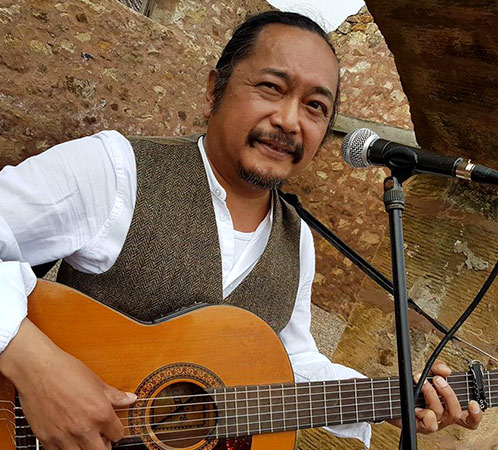 "Chung would alternate between ballads and bawdy tavern songs to entertain us. It's rare to find a performer of Burns that can perform his songs so genuinely and beautifully that can bring the audience to tears"

Andy Chung was born in Kirkcaldy, in the Kingdom of Fife, Scotland, his family having emigrated from Hong Kong and settling there in the early sixties. Showing a talent for the creative arts in his childhood, Andy went on to study, first at Edinburgh's Telford College and then, at the Glasgow School of Art. However, with a growing interest in music, he found himself playing guitar and fronting various bands before securing weekly solo residencies in a number of renowned Edinburgh folk music bars including the Royal Oak, the Hebrides Bar, the Scotsman Lounge and Sandy Bells. Still travelling the highways and byways of his beloved Scotland, Andy is as ever, in popular demand as a consummate musician and entertainer.